The Scandal of Singing Christmas Carols During Advent 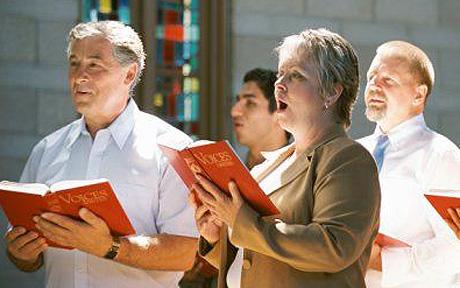 If you were gauging the expressions of my clergy colleagues, you might have thought I had announced that I’d poisoned their coffee.  Eyes widened, looks of utter disgust crossed their faces as they reflexively pushed away from the table. I think they felt betrayed that one of their own, a mainline preacher, had capitulated to culture and allowed the congregation to sing Christmas carols in Advent. (O the humanity!  You’d think with all the problems of the world, we’d find more interesting things to rouse our indignation.) Not only had I allowed premature caroling, I had encouraged it and delighted in it.


I pretended to listen to their protests, but they were all too familiar. I’d learned in seminary that Advent is the season of waiting and penitential preparation. Singing carols in worship jumps the gun and we miss the spiritual benefits accrued from the discipline of waiting. It’s okay to sing the songs outside of church, but If we express too much joy so early in the season, then we will demonstrate that we are not sufficiently sorry for our sins. There are lots of other reasons that don't really have much to do with scripture, just preservation of a tradition that only goes back a few centuries.

In my first year out of seminary, I refused to select any carols until Christmas Eve. People were hurt, they felt put-out that they weren’t allowed to use these songs to accentuate as part of their worship. We waited until Christmas Eve to sing a few verses of several carols and waited until the lowest attended Sunday of the church year (the Sunday following Christmas) to sing the rest. It felt like we were all somewhat diminished by the experience. After that experience, I swore off liturgical correctness in favor helping the congregation to express its faith more exuberantly.

Hymnals are designed with a load of really great Christmas music and only a handful of singable Advent tunes. If a congregation waits until Christmas and the Sunday following Christmas to sing these songs in worship, it will only skim the surface of some of the most vital and moving verse that inspires our faith. What a waste!

There is plenty of time to focus on the discipline of waiting. There really isn’t much going on in the season after Pentecost. All we are doing is waiting for Christmas--lets call that season “Advent” from now on and I’ll promise not to sing any carols. But for now I’m going to belt out “O Holy Night in my car and Joy to the World in the sanctuary.

I mean as they say on ESPN, “C’mmon, man.” Jesus probably wasn’t born on December 25th anyway. The church adopted that date to bring Christ into the pagan culture’s celebrations. If you haven’t noticed culture is celebrating its holiday during the Advent season, maybe we should try to introduce Christmas back into the pagan culture all over again.